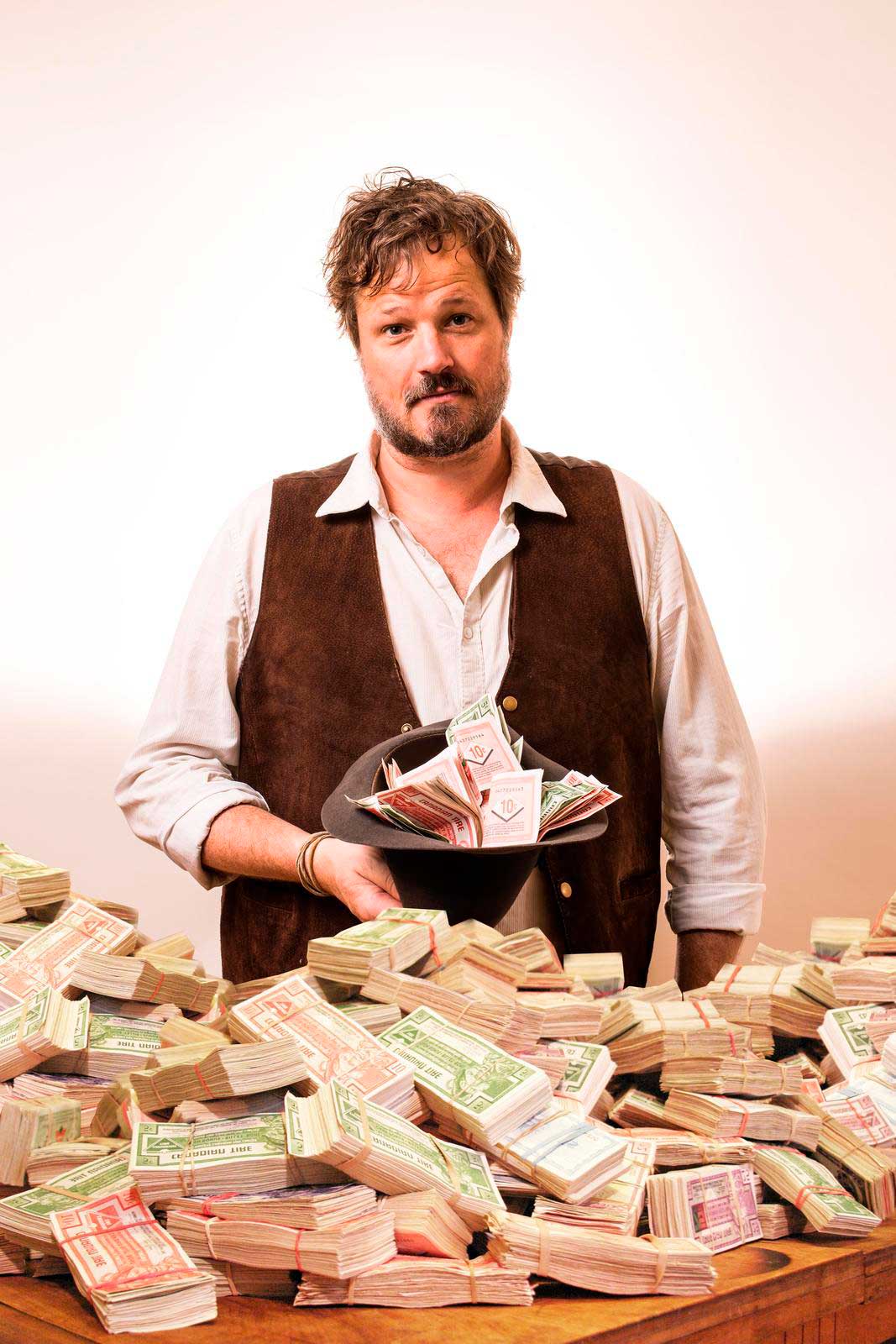 Toronto songwriter Corin Raymond is a troubadour whose robust veracity appeals to older folks and children alike. Raymond’s songs are covered by Dustin Bentall, The Good Lovelies, The Strumbellas, The Harpoonist and the Axe Murderer, and a far flung community of roots musicians and enthusiasts. Raymond's latest JUNO nominated album, Hobo Jungle Fever Dreams (released March 3rd, 2016) is "a hypnotic, literate collection of dark tall tales.... Romantic, immediate, and narcotic." (Acoustic Guitar). Aside from the hilarious triumph of funding his previous project, double-album Paper Nickels, with Canadian Tire money, Raymond enjoys a second career performing his non-musical, one-man shows Bookworm (2011) and The Great Canadian Tire Money Caper (2014), which he has toured extensively to over a dozen Fringe and literary festivals, and to theatres in three countries. "Raymond has impeccable timing, and his performance is at once intimate, openhearted, and evangelical." (The Georgia Straight on Bookworm) "Corin Raymond is a storyteller who by the end of the night you'll have known your whole life." (The Globe and Mail).